On the brink of adolescence, a girl’s got a lot to deal with; a changing body, a flood of hormones, relentless judgement by her peers, even perhaps the stirrings of a first, unrequited crush. In Mortified, Taylor Fry is confronted by the lot.

Although she’s a lively, smart-lipped kid with plenty of courage and attitude, the truth is she feels as if she doesn’t belong (and with a father known locally as “The Underpant King” who could blame her?) - but eventually Taylor must confront the truth – she is who she is. Despite frequent flights of fantasy where animals suddenly talk, and Egyptian mummies come to life, each episode is firmly anchored in reality – its core is truthful – and also very funny.

Mortified is a young girl’s journey towards self-acceptance.

Mortified - Me, Myself And Them 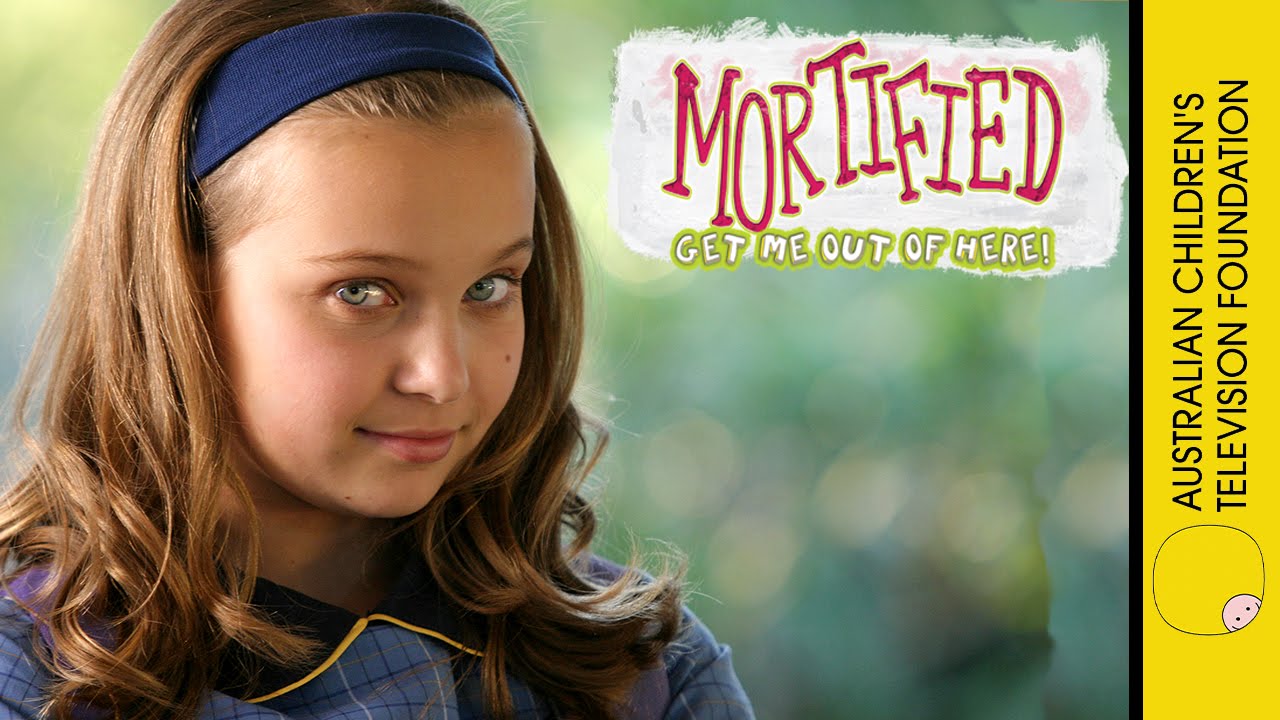 Taylor Fry is MORTIFIED, she's a confused pre-teen doing her best to understand herself and her place in the world. On the brink of adolescence a girl's got a lot to deal with; a changing body, a flood of hormones, relentless judgement by her peers, even perhaps the stirrings of a first unrequited crush. Taylor is confronted by the lot!

Taylor is convinced that Don and Glenda can't possibly be her real parents and decides to have their DNA tested, with extraordinary results.

When Taylor falsely claims she can surf, the lie snowballs to an avalanche and lands Taylor in deep water.

Episode 4
Mother in the Nude

Taylor strives to prevent the unveiling of a deeply embarrassing nude sculpture.

Episode 5
The Chosen One

Taylor decides to sacrifice all her material possessions in pursuit of true happiness? until her earthly desires get in the way.

Taylor desperately tries to avoid getting the dreaded ?Talk? from her parents.

Taylor and Hector have a falling out and their life-long friendship hangs in the balance.

Taylor is inspired to join the soccer team and play alongside Leon, until Don signs up as coach.

Episode 9
Return of the Mothership

Out of the blue, the Fry family inherits a Scottish estate, and Taylor mistakenly thinks her problems are solved.

Realising that Layla gets all the attention by being troublesome, Taylor decides to rebel.

Taylor fears that her refusal to conform to fashion rules will ruin her social life, and turns to St. Joan of Arc for the answers.

Taylor is torn as the last day of primary school arrives, and is forced to makes some serious decisions about her future.

On her first day of high school, Taylor finds herself smelling like rotten fish as the day goes from bad to worse.

After signing up for work experience as a radio D.J., Taylor is forced to get in touch with the psychic within.

Taylor is heartened to realise that she's not alone, as Leon admits he's also a victim of parental embarrassment.

Taylor is humiliated when her revealing self-portrait is auctioned at the school, but things get even worse when she discovers her diary has fallen into a stranger's hands.

Taylor is horrified to discover her parents aren't technically married, but she's even more horrified when they are.

Taylor decides that the only way to solve her problems and escape her family is to become the first child astronaut.

Taylor's last hope at finding a normal relative is dashed when she meets her eccentric Great Aunt Ally.

Taylor finds herself lost in the bush, as paranoia that her parents are getting divorced gets the better of her.

Episode 23
Taylor Gets a Job

Taylor takes on a cat-sitting job in the hope of earning enough to buy a mobile phone? but the job turns out to be more than she bargained for.

When Layla is dumped and left heartbroken, Taylor has to save the day.

Distraught at the prospect of Brittany moving house, Taylor hatches a cunning plan to foil the move.

Taylor is surprised to realise that her dream of having a normal family is actually her reality.

2008 - Prix Jeunesse International Festival – runner-up in the 7 to 11 fiction category. Mortified also received the 2008 “Theme Prize” as the program in all categories which represented gender in the most positive way.