My Place is a rich source of entertainment and education. It is one of the ultimate pieces of episodic literature and now it is on television, involving more than a century of time, lots of kids, and a tree to provide continuity.

My Place - Series 1 adapts the book, written by Nadia Wheatley and Donna Rawlins, into 13 episodes about 13 children who live in the same house over 130 years (2008-1888). Their special place is the fig tree that represents a place of belonging.

In episode 1 (2008), we meet Laura, an Indigenous girl, who through inadvertent misadventure needs to apologise to Michaelis, the landlord. Her reluctance to make this apology is paralleled by the Apology made by Kevin Rudd to the Indigenous people of Australia. The series mirrors the stories of the book but also introduces two new characters; 1988 - Lily, a Vietnamese girl whose parents were boat people and 1998 - Mohammed, an Islamic boy who is celebrating Ramadan while trying out for the local cricket team.

My Place - For Teachers

In the Classroom with the My Place Teachers' Guide 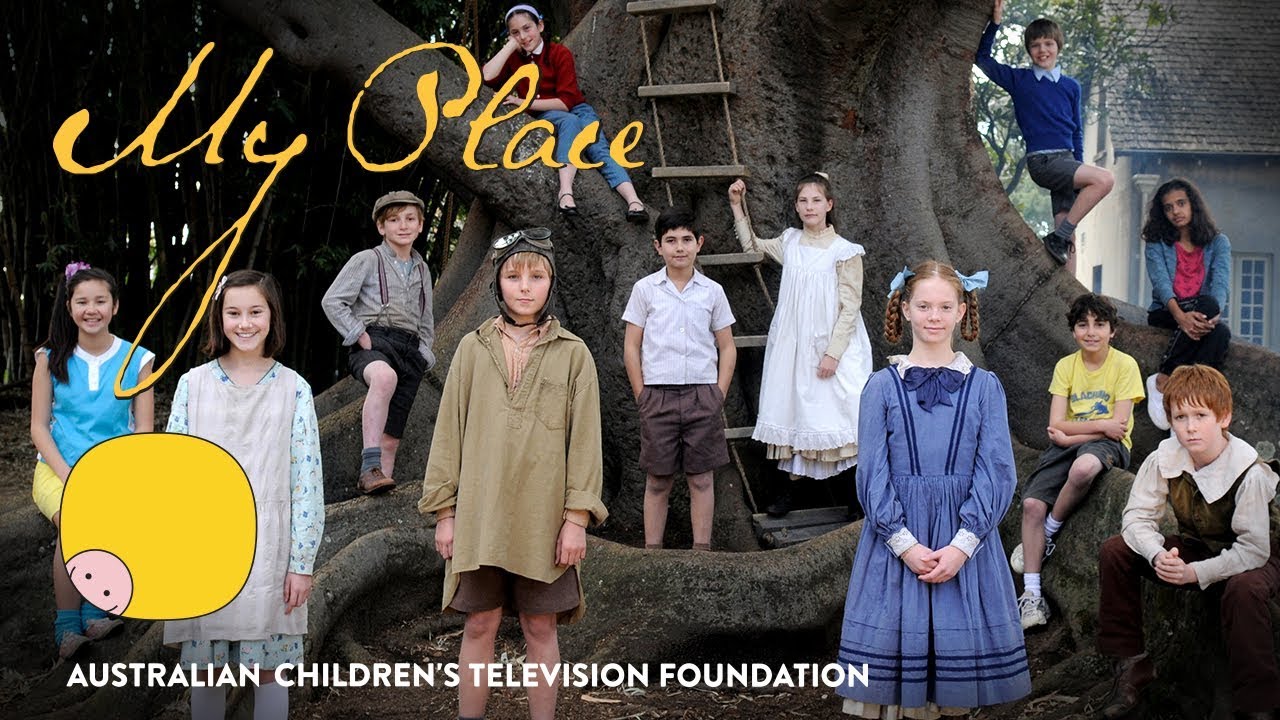 My Place is the story of one spot in Australia told by the children who lived there over 130 years, starting in 2008 and going back to 1888. Thirteen children, all with a talent for some kind of trouble. Each living in the very same spot, each hiding up the very same fig tree, each with an adventure to tell.

Episode 1
2008: Laura
Laura accidentally sinks a dinghy in the canal and the ashes of the owner’s beloved dog are lost in the muddle. She can't find a way to own up. Meanwhile, her mob get together to listen to the Prime Minister's apology to Indigenous people.

Episode2
1998: Mohammed
Mohammed is a mad-keen bowler and is desperate to join the cricket team at his new school. However, there are no available places and so he ends up playing with the girls' team, who prove to be the better side.

Episode 3
1988: Lily's
Lily's cousin Phoung arrives with her parents from Vietnam. But the trophy cousin turns out to be a real threat to Lily's status at home and at school.

Episode 4
1978: Mike
Mike knows a lot about Australian muscle cars from 1968 to 1978. The other kids think he's odd and Mike believes he only has one friend, Ben, but is Ben a real friend?

Episode 5
1968: Sofia
Sofia is a spy for the yayas and she's determined to get rid of her brother Michaelis's non-Greek girlfriend before he leaves for Vietnam.

Episode 6
1958: Michaelis
Michaelis's family is from Kalymnos. He wants to be Australian, not Greek, but even more than that he wants a television so he can watch The Adventures of Robin Hood.

Episode 7
1948: Jen
Jen's dad died in the war. Now her mum is planning to marry Wal. Even though Wal has a car, in Jen's eyes he definitely doesn't match up to her real dad.

Episode 8
1938: Colum
Colum has two big ambitions: to stop his best mate Thommo's family from being kicked out of their house next door, and to get up the nerve to ride his billycart down Brickpits Hill.

Episode 9
1928: Bridie
Kath and Lorna are the best of friends. The two set off on a day of harmless relaxation, wheeling Kath's baby brother in his pram with her annoying younger sister, Bridie, in tow.

Episode 10
1918: Bertie
Bertie wants to buy a special gift to welcome his brother Eddie home from the war. He thinks that a pair of brown brogue shoes is just what his brother will need. Bertie is doing all he can to save the money, including putting on a magic show.

Episode 11
1908: Evelyn
Evelyn can't wait for cracker night. This year, for the first time, her father can afford to buy the family their own box of fireworks. Unfortunately, Evelyn shows the box to her disbelieving neighbour Freddie.

Episode 12
1898: Rowley
Rowley longs for his father to come home. Convinced that good deeds will be rewarded, he'll do anything to help his mother and his neighbours. His goal seems close, but then he discovers that his father may never come home at all.

Episode 13
1888: Victoria
Victoria and her family have just moved into the terrace house that her father has built. She'll do anything to ensure that they stay there forever and she has an idea to help.