My Place is a rich source of entertainment and education. It is one of the ultimate pieces of episodic literature and now it is on television, involving more than a century of time, lots of kids, and a tree to provide continuity.

The second series of My Place adapts the final chapters of the book, written by Nadia Wheatley and Donna Rawlins, into 13 new episodes about 13 children who live in the same place, from 1878-1788 and Before Time. Their special place is the tree that represents a place of belonging.

In Series 2 we first meet Henry (1878), an inventor whose machines never actually do what they’re supposed to. And there’s Johanna (1848) who lives with her grandmother and is looking for her father. We are also introduced to two characters in 1778, Waruwi, an Indigenous girl who encounters a cow for the first time, and Dan, a cabin boy on the First Fleet who tries to compensate Waruwi for her stolen dog. These and the many other stories featured are about the children’s adventures and their empowerment.

My Place features an extensive cast of acclaimed Australian actors.

The series has rich curriculum content that relates directly to the studies of Australia through the learning areas of English, History and Geography.

My Place - For Teachers

In the Classroom with the My Place Teachers' Guide 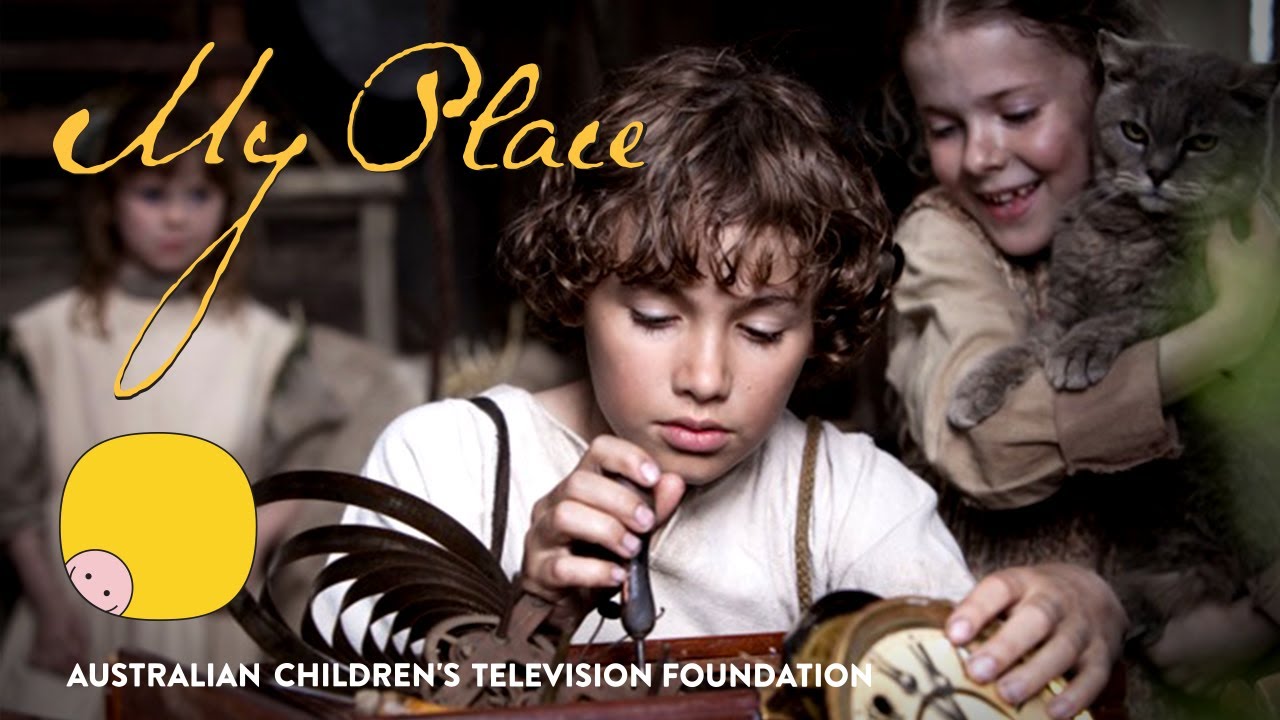 Continuing on from where My Place Series 1 left off, Series 2 takes us on journey even further back in time.

Based on the Nadia Wheatley & Donna Rawlins picture book, My Place is the story of one spot in Australia told by the children who lived there. In Series 2 we start in 1878 and continue back in time to an Australian landscape before European settlement.

Each episode is set in the same place, with all the kids, regardless of the era in which they live, having a habit of getting into some sort of trouble!

Episode 14
1878: Henry
Despite one failed invention after another, young Henry knows in his heart that he's a brilliant inventor. Against the advice of his friend Franklin, Henry conducts his biggest experiment ever … but succeeds only in blowing up the local schoolhouse.

Episode 15
1868: Minna
Minna lives with strict German-born parents who privately hope their young daughter's friendship with the well-to-do Owen children will do her some good. Minna's parents have no clue what these kids get up to when they're on their own.

Episode 16
1858: Ben
Benjamin's one wish is for his wandering American family to be able to celebrate a proper Thanksgiving dinner in their new place with a real roast turkey. But his efforts plunge him into escalating rivalry with a local Chinese boy, Leck.

Episode 17
1848: Johanna
Johanna lives with her grandmother, Sarah. Johanna doesn't go to school. She has a job - every day she pushes a barrowload of potatoes around the town, delivering them to her grandmother's customers.

Episode 18
1838: Davey
When Davey, working as a stable boy for the powerful Owen family, learns that his favourite horse is to be sold to the local tannery, he puts everything on the line to save her.

Episode 19
1828: Alice
When Alice’s father declares a half-day picnic, Alice and George propose a pig race as part of the entertainment.

Episode 20
1818: Charles
Charles and his older brother John are both expected to work on their parents' farm. Charles loves it but John shirks work at every turn. Both boys will soon be sent to England to learn how to become refined young gentlemen.

Episode 21
1808: Sarah
Sarah, although still a child, works as a servant for the cold and demanding Mrs Owen. As if being bossed around by the lady of the house isn't bad enough, Sarah has to deal with that woman's sly and sickly daughter, Alice.

Episode 22
1798: Sam
Sam is a child convict, arrested in London for stealing a jacket. Now, having lived his whole life in towns and cities, he's sent to an isolated farm on the edge of the bush.

Episode 23
1788: Waruwi
Waruwi is an Aboriginal girl looking after her Nana while the rest of her extended family is away from camp. It's just for a day but what a day it turns out to be.

Episode 24
1788: Dan|
Dan is on his second patrol to the Botany Bay area when he's asked to capture a local dog (a dingo) to take back to the colony's governor. The only trouble is, the dog in question belongs to Waruwi, the girl Dan befriended last time he was in the area.

Episode 25
Before Time: Bunda
Bunda has a problem. His older brother Garadi acts like Bunda doesn't exist. Will they ever learn how to stop teasing each other and become friends as well as brothers?

Episode 26
Before Time: Barangaroo
Barangaroo's world would be perfect if only Mani, the biggest boy in her group of friends, would stop trying to be number one. Deep down Mani knows she's better than he is. That's why he keeps shutting her out from important adventures - to make himself look good.